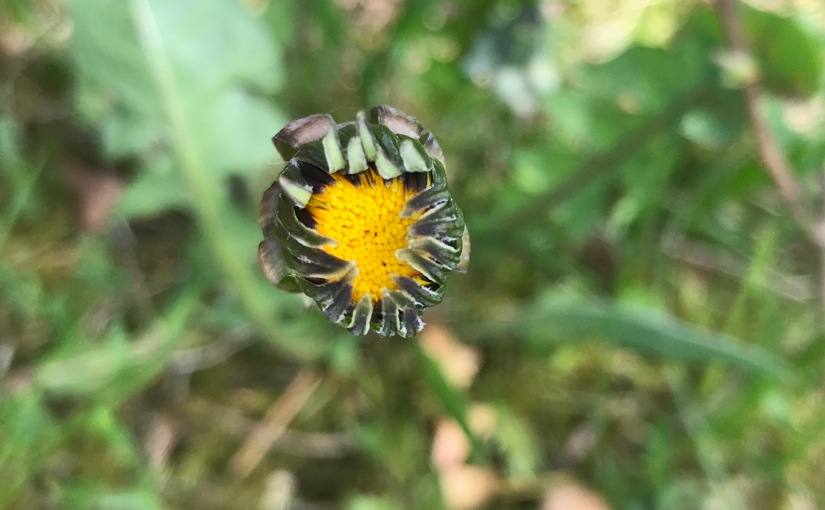 I am compiling a series of assignment and tutorial reviews, shorten them and add a final paragraph at this point of concluding Research.

I reviewed a fair bit of work: live performances in different registers; I watched a series of films too and explored their cinematography, script and framing devices; I have read key pieces of fiction writing that I identified as key for my interests and a fair amount of academic work too. Attending the SAR conference mid-March was really important: both to test out my own work (though any feedback was largely self-derived and little came forward from audience) but also to see where my work relates to and can be situated within. I wrote a couple of these up on the blog, but there are a few other artists still key to what has influenced my thinking about performance, intimacy, site and drawing. I have also had my proposition to move the line from online video work to photo essay and to consider its methodology as walking methodology accepted for a conference in Northern Greece (Walking Arts Network).

What I have arrived at with the articulation of the research proposal is a clear sense of what BoW consists of as a work programme (a series of performances in different registers, audience/participant compositions); I have also settled on a focus for the Research: the concept that I currently call near space, that I seek to investigate in contemporary performance/ drawing practice; which investigates some key themes for BoW: relationality, presence/absence and site. This feels important and useful and allows a focus that fits and can be refined further.

With the glossary I arrive at the first satellite object and begin the exploration of an appendix, additional objects that are part of Research and thus the notion of this project as Practice as Research starts to take more explicitly shape.
In doing so it also at once, exhibits some of the key methodology of the whole work itself: of how to pull things close and also let them go or push them away.
We talked about Laure Prouvost’s Legsicon, Katrina Palmer’s Endmatter and how there are a variety of ways of how my different materials can become a glossary, including the photos, links to texts and other things.

The objects of research at this point are significantly different to what eventually become research objects (we discuss relational tables within GIS and diagrams).

The tutorial for this assignment took place soon after submission and just as pandemic lockdown was taking hold. My social life had quietened in its analogue form and the distance modality was pushing hard on the laptop camera and microphone. The tutorial, its discussions and insights sat as excess in a world that had begun to get stilled (with some anxious twitches).

We discuss the proposed site of the staircase, its objects and arrive at the padlets that designate at that point three case studies, and that these may be research objects rather than BoW. Questions arise as to how these fold back into the research, how they relate, as well as how the Herz/Stein series acts as warp right across. The glossary elucidates the different aspects here.

After a thirteen months break we pick up and start with the concepts of the previous BoW 4 tutorial, immersiveness and audience engagement and how these relate to the Research draft. Concerning the draft then the structure of it, its different voices and positions and how it organises excess are key at this point: the role of the academic voice, of research materials, of a research folder on the blog; and then to ensure excess is managed and that the research questions are addressed. We pick up fairly effortlessly after that 13 months break between 3 and 4; we cover initially some of the discussions around immersiveness and audience engagement that arose in BoW 4 and then cover the following:

Tracing the first proposal through to this moment of conclusion shows at once what has remained constant, what has become more defined and clarified and what was abandoned during that time. The consistency of enquiry, concern over engagement, voice and excess strike me, along with the fruitful exchange and support in the tutorial arrangement, the persistence of focus even as my material and site altered drastically not just once but twice. Relational enquiries with other people, 1:1 or in group settings did not take place, I tried a series of small exchanges at a distance, but the main focus moved to drawing/contact with materials, sites, atmospheres. The BoW shifted further while the methodological focus of Research was merely adjusted to also allow for the eventual BoW series, albeit it taking in Laura Marks’s Touch provided a key conceptual development for both, BoW and Research. I became confident in articulating PaR as methodology and integrating existing research experience with my growing skills as a creative arts practitioner. This feels a considerable achievement and I look forward to engaging this during SYP.

One thought on “Research 5: reflection and analysis of entire module”

This site uses Akismet to reduce spam. Learn how your comment data is processed.